The Stand Family moves in... 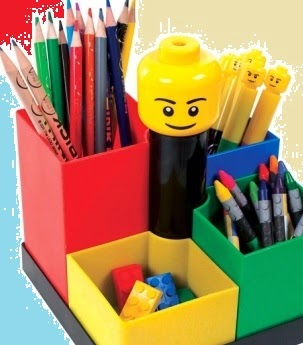 Chirpy erasers continued to make noise. They had been put inside the pen stand , which was a restrained environment for them. Standing tall, the ball point pen was the first to silence them. In a harsh tone it said - " Quiet! We have been put with  the computer community, we are guests here, so behave like one".  The warning was sufficient for erasers to tone down.  The roaring instruction led to a deafening silence.

The Printer in a humble tone, spoke ...." Welcome aboard Mr Pen & Family. I was waiting for you all to settle down,  to  extend a warm welcome.  You are not guests here, you are a part of us. Feel comfortable and....

The printer's words were interrupted by  eldest Pen on the stand. "To begin with, we prefer being called "The Stand Family" and not Pen Family. Pencils , Erasers , Rulers form  a part of us.  Secondly, please lets us not have these false assumptions that we are one among you. Your community has invaded us, rendered us virtually jobless. You chipped in a competitor, on every role we played
Our Scribble pad - your notepad
Our Writing Instruments-  your keyboard
Our greatest ancestor- Typewriter is now close to extinction, all thanks to you, Mr Printer.

Sensing the rising tempers, one of speakers spoke up "  Settle down, Pen Senior, lets discuss amicably.
The Ruler on the Stand protested " there is nothing left to discuss. We had assigned roles for each one of us, and we never stepped onto others territory.  But your  1 computer does it all - Calculating, typing, printing - Bravo ! you are the Boss"

Enough! burst out the Mouse. The Mouse, which was a quiet spectator of the whole conversation could not take it anymore.  Though a later entrant, it made a startling revelation...
" Your are independent - We are not"
" You can act on your free will -  We are controlled "
Stand Family could not comprehend what the mouse was saying. Seeing their puzzled expressions, the Printer spoke yet again. "I apologize for her outburst. But you need to understand us.
We have not invaded you, we can never  do so. We are a controlled and highly dependent community.  We are Power Dependent, Knowledge Dependent, Input Dependent. Our species are controlled by Electricity or Battery Operated systems.  People who come to us, need to know - how to use us. We call them Computer Literate.  You don't need a "Pen literate" or "Ruler literate" person. You never differentiate between your masters.  Be it  learned or un-learned, rich or poor, wise or mediocre ,you treat them equally. They don't make species like you anymore.

The Stand Family stood humbled by the whole revelation.  Ruler and Pens went silent, not knowing what to speak.  Soft chirpy sounds came from the erasers. This time the Pen did not snub them.

This post is a part of Write Over the Weekend, an initiative for Indian Bloggers by BlogAdda.

This was an enjoyable read! Thanks for sharing this creatively written piece. The last line about - "they don't make species like you anymore" is quite nice, with a message going beyond the pen/stand family! And thank you for visiting my blog earlier :)

Hi Vyo! I am flattered at your comment. I am not going to tell you if I blushed or not though (it would be embarrassing). I am new to this whole Blogadda thing and the only reason I made the WOW post was because I liked the topic haha.

And I don't think anybody is novice or expert because nobody has the right to make that judgement - that's one beautiful aspect of writing or any art form for that matter!

As for this post, I think it was a really bold contrast between the vintage and the modern means of art. Impeccable. I adored the chirping erasers. :) Keep writing!

Thanks for dropping by! :) I hope you visit more often haha! :D

That was a good one Viyoma :) Its true, these gadgets can never replace the stationeries.. Its always a great feeling writing in diary than typing the same!

Very true. Your thoughts are similar to mine technology has made pens and pencils obsolete but they enjoy the freedom of being able to work without electricity and are eternally timeless!

It is a good plot and so lucidly conveys what the stationery items may feel about computers and vice versa.I loved the phrase "chirpy erasers".Lastly, Nicely written, enjoyed the read.

I loved this . The way you expressed the feelings of both the families was superb . Great imagination as well as message :)

A typical argument across generations :-), in this case - the stationary vs gadgets. Very well thought of :-)

Wow, imaginative as usual. A stationery lover bias is evident ;-) Like many others, loved the chirpy erasers--never thought of them as chirpy before!